The name DELTRONIC has become synonymous with accurate measurement. Deltronic has been a leader and innovator in high-accuracy measurement products since 1955.  Their goal has always been to deliver the highest quality products backed up by excellence in service at fair prices. Every Class X Deltronic gage is made to a single tolerance, plus .000040", minus nothing. 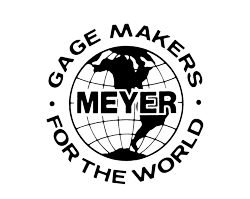 Meyer Gage Company is a world leader in the manufacturing of fixed limit gages. Their product lines include English and Metric plug gages, pin gages, as well as ring gages, trilock gages and taperlock gages.  They are mostly known for their Class ZZ Pin Sets which they started making back in 1965. The competition has tried, but can't copy the quality of these affordable pin gage sets.

Delivering quality thread gages since 1955, ALAMEDA GAGE has over 4,000 inch/metric sizes of both Thread Plugs and Rings in stock, both standards and specials, from Micro-Miniatures to 3" diameter.  Call Precision Tool by 3pm Pacific and we'll arrange same-day shipment. Alameda Gage also offers prompt shipment on specials. Special thread plug gages are in stock for same day delivery. They are continuously expanding their range of sizes.

A third generation privately held company in thread plug and ring gage manufacturing, Gage Assembly has built a well founded reputation as one of the industry’s highest caliber gage providers. A member of the National Association of Manufacturers, the company prides itself on safeguarding threaded components within some of the world’s most demanding industries.